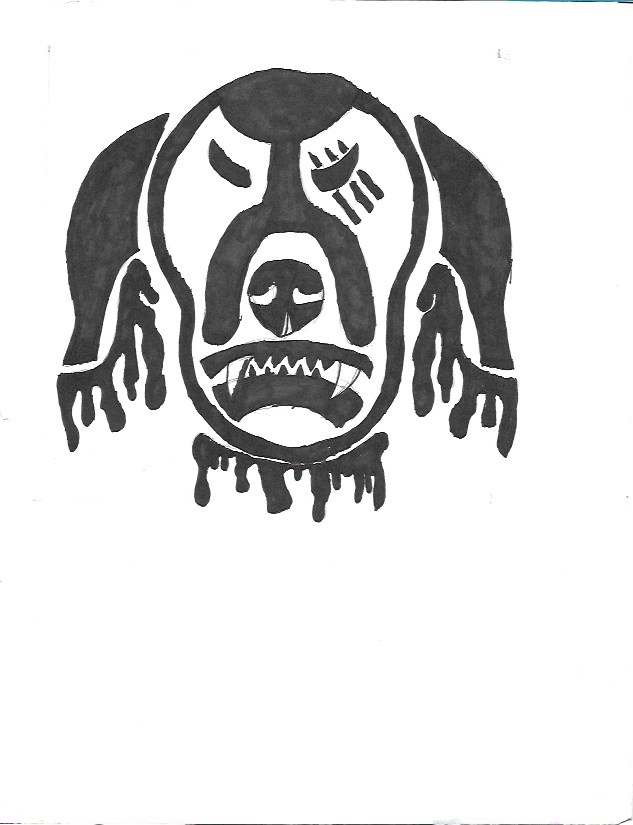 Based on a predetermined subject, I must create a symbol based on a reference from the media, such as a book or a movie. The subject I was given is Cujo from Stephen King’s works, Cujo, which tells a tale of a St. Bernard going rabid and killing people. This was one of the first projects I’ve done as a designer, and from comparison of the old and new, it shows that I am capable of taking criteria and utilizing it.

Based on a random choice of references, the designer must create a symbol based around the reference given. The reference must be researched into, then designed to show the full meaning. For example, my design is around Cujo, the mad dog in Stephen King's Cujo. The design must be both in Black and White, as well as two Pantone colors.

One of the major problems was creating the dog itself. The symbol of the dog is supposed to be dog-shaped, however, dog-shaped was a hard term to use, considering that each dog breed has their own shape. As well, the shape must be made so that each part is connected to one another and that there isn't any white space or white features inside the design. 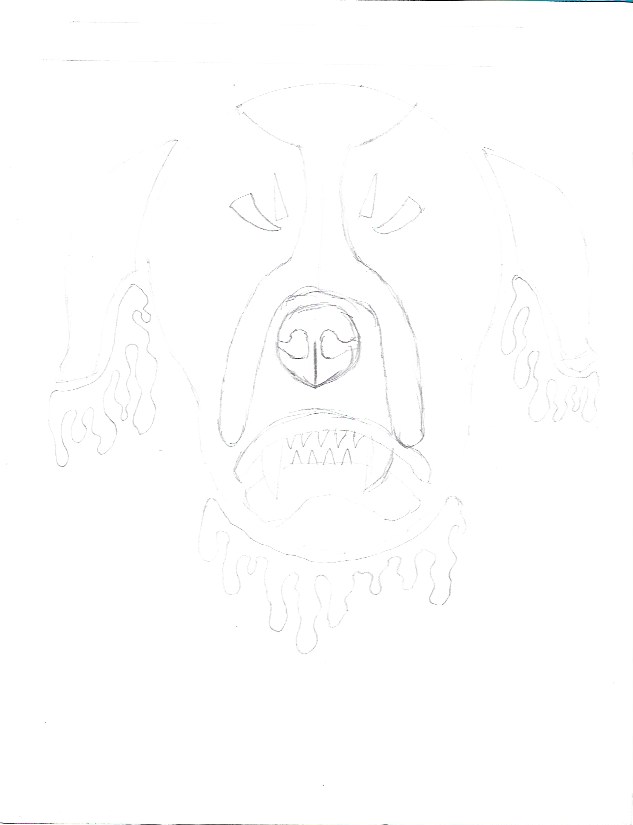 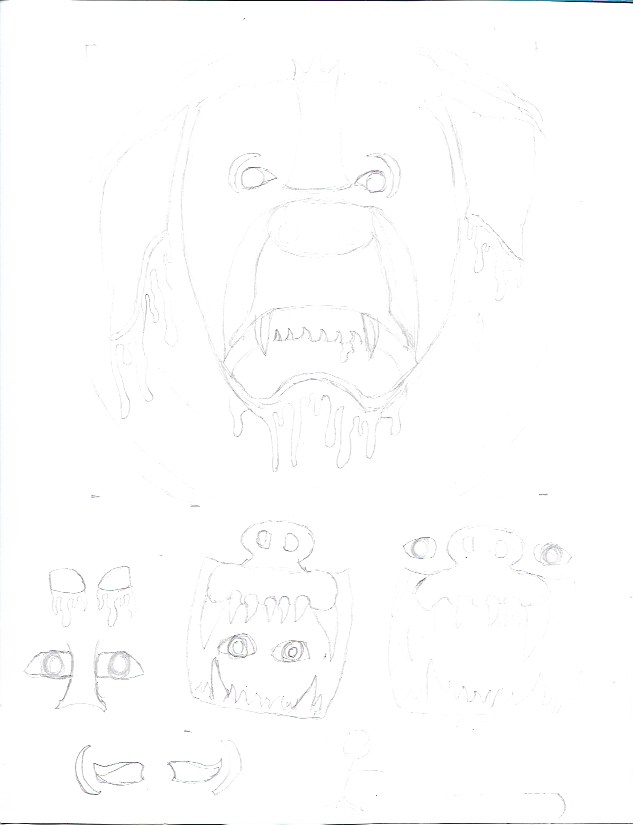 The final design is an improved design of the first design, as the first one was not received well. The final design is more spherical and shaped more like the psychology of Cujo's dog bread. The top is connected to the horseshoe shape instead of the nose. The colors of the design are a dark brown to represent one of Cujo's original colors, and a crimson red to represent the blood on the design. 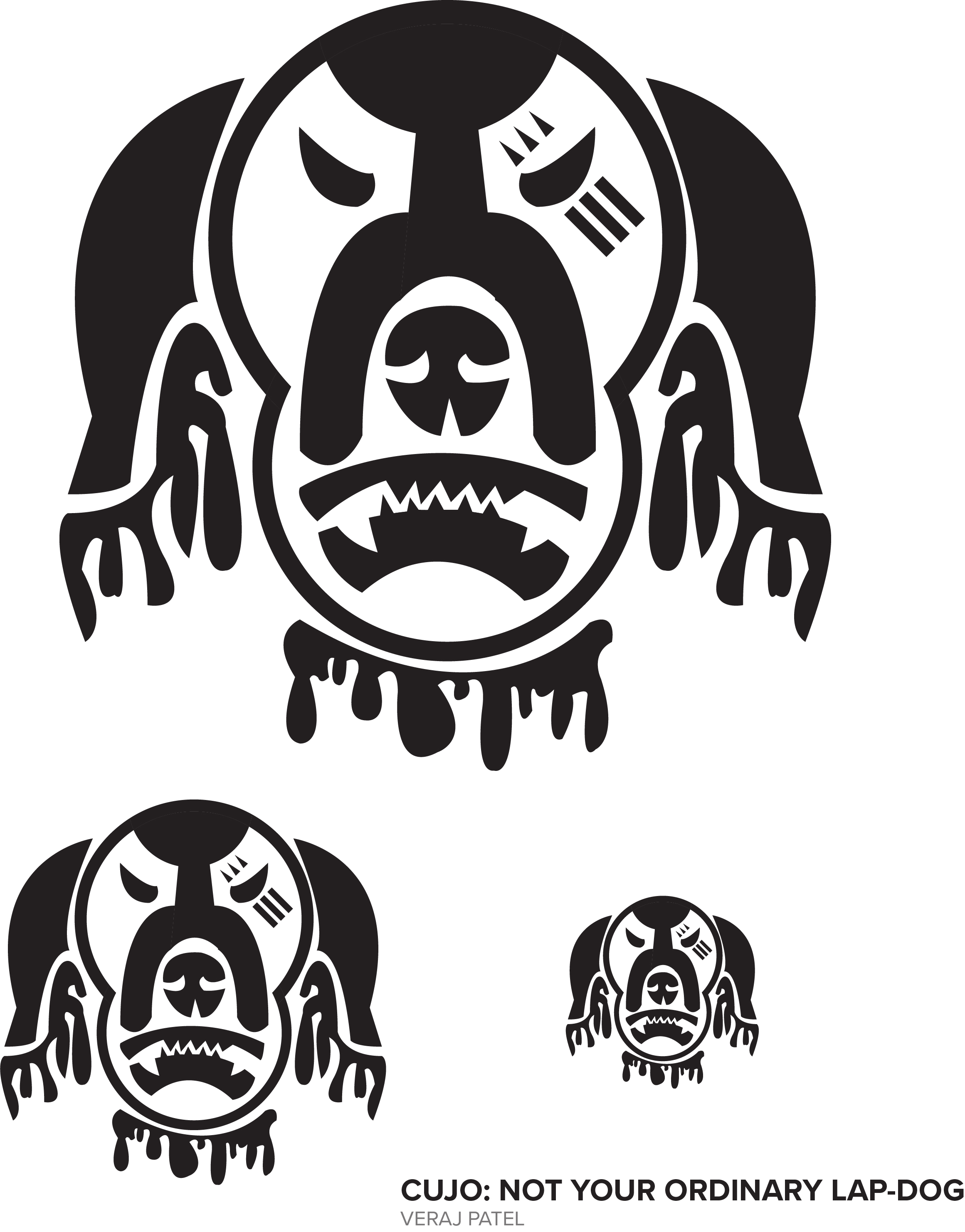 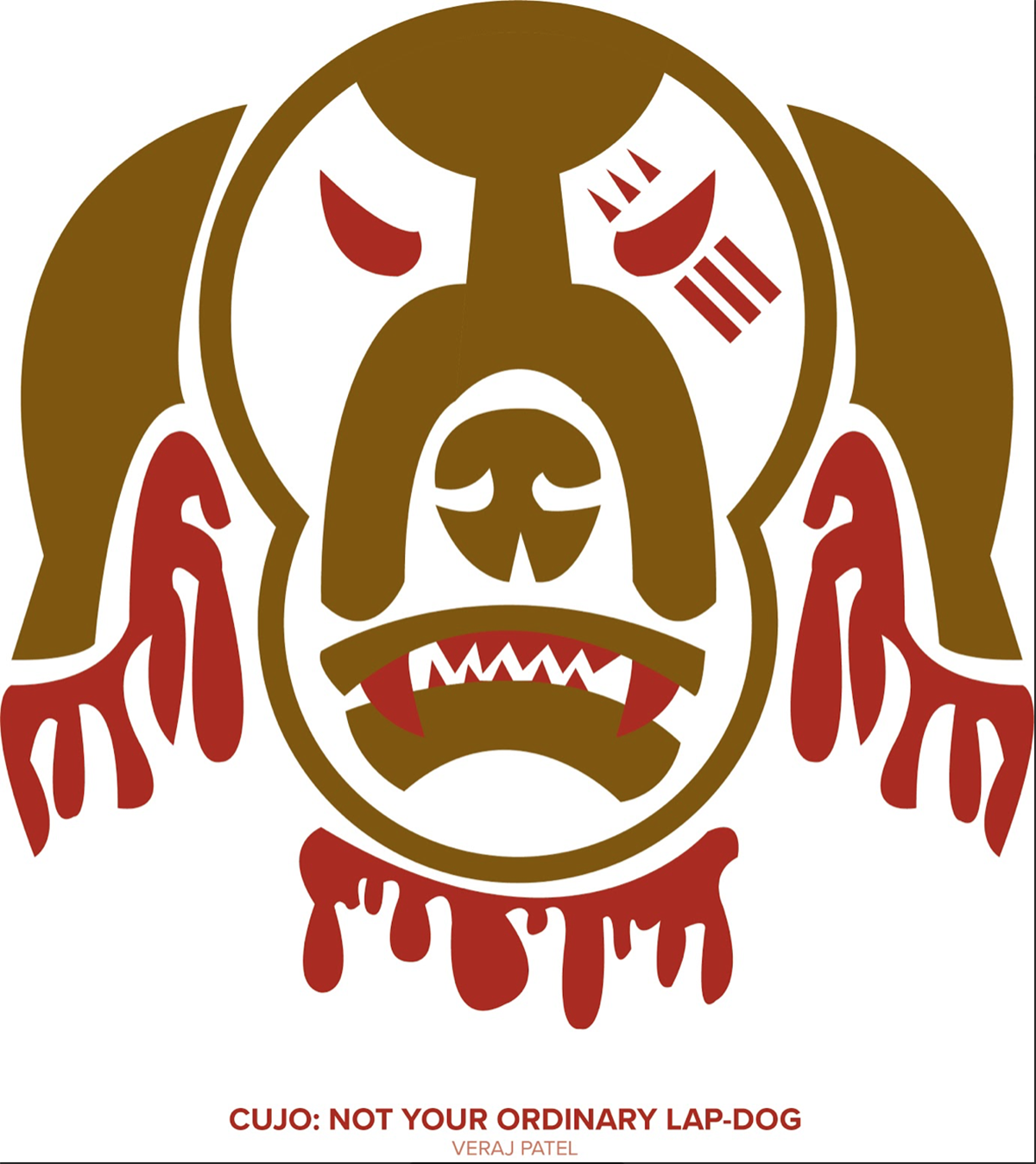